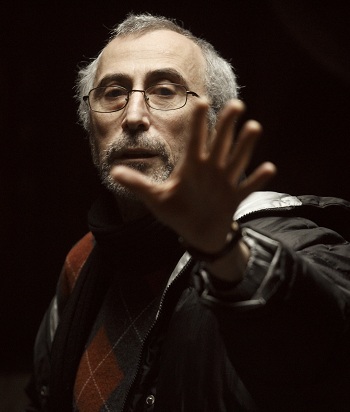 Dito Tsintsadze, born in Tbilisi in 1957, studied between 1975 and 1981 at the Academy of Theater and Film in Tiflis. He worked as an AD until 1989, in 1990 he started working for the Production Company Schvidkatska, shooting shorts and TV films. Between 1993 and 1996 Tsintsadze worked for an Italian production company. When he received a Berlin scholarship for film making in 1996 (NIPKOW) Tsintsadze started moving with his family between Germany and Georgia. He has been living in Germany for the past 15 years. Several of his films were have been awarded with prizes such as the Golden Shell in San Sebastian or the Silver Leopard in Locarno. His film Mediator (2008) was the Georgian entry for the foreign language section of the Academy Awards. His German films include thecritically acclaimed works Lost Killers (2000) and Gun-shy (2003). His latest film before God of Happiness (2015), titled Invasion was released in Germany in March 2013. 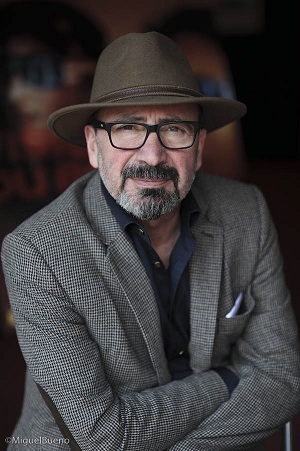 Harutyun Khachatryan was born on June 9, 1955 in Akhalkalak. In 1977, he was admitted to the faculty of film directing at the Pedagogical Institute, Yerevan, where he studied at famous film director Yuri Yerznkyan’s class. He graduated in 1981. Since 1979, he worked at “ArmenFilm” studio as a director’s assistant and cameraman’s assistant; later - as a director. In 1991, he founded “Debut” film festival. In 1993-1994, he worked at the Ministry of Foreign Affairs of Armenia, as Head of Culture and Science Department. For his film Documentarist he received a state award of Republic of Armenia, in 2003. In 2004, he founded “Golden Apricot” Yerevan International Film Festival and heads it till present. Since 2006, he is a member of European Film Academy. For his film Border Harutyun Khachatryan received a presidential award of Republic of Armenia, in 2010. He is a laureate of many prominent international film festivals. 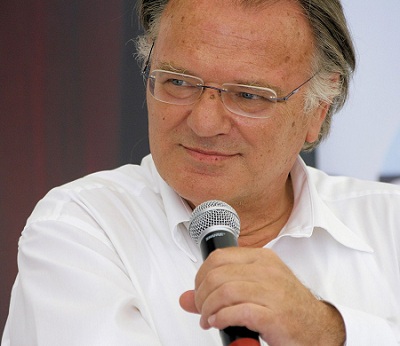 Born 1939 in the German city of Augsburg. From 1959 Studies of German literature at Stuttgart university. 1966-1968 editor of the monthly film magazine “film”. From 1968 film critic of the national public radio Bayerischer Rundfunk. Books, among others, on Andrzej Wajda, Luis Bunuel, on Nikita Mikhalkov and Andrei Konchalovski, Arturo Ripstein, Im Kwon-taek, Nagisa Oshima; co-author of a History of Bulgarian Cinema. Curator of a series of 30 films of the German 50s „After the War, Before the Wall“ at the New York Film Society of Lincoln Center (2002). 1986 – 2007 programmer of the Munich International Film Festival. Member of international juries in many festivals (among them Venice, Montreal, Istanbul, Moscow, Karlovy Vary, Odessa, Jerusalem, Bari). General Secretary of the International Federation of Film Critics (FIPRESCI) from 1987. 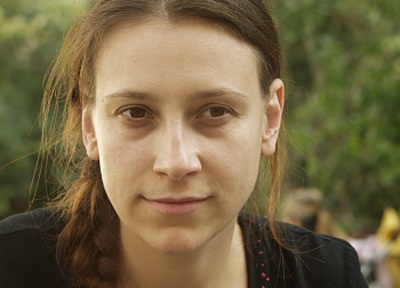 Graduated Sofia State University and worked as journalist for Bulgarian TV. After that she graduated from NATFA in Sofia. Her student short films won several awards at international student film festivals. Together, Kristina Grozeva and Petar Valchanov have directed the documentary Parable of Life (2009) and the TV movie Forced Landing (2010). Recently they wrote and directed the short film Jump, which was nominated for the European Film Awards 2013 at Clermont-Ferrand ISFF 2013. The Lesson is their full-length debut film, having been selected at Toronto IFF and won Kutxa – New Directors Award at San Sebastián IFF, Special Jury Prize at Tokyo IFF, 1-2 Competition Award at Warsaw FF, The Ingmar Bergman International Debut Award at Göteborg FF, Special Jury & Best Screenplay at Thessaloniki IFF and many others... 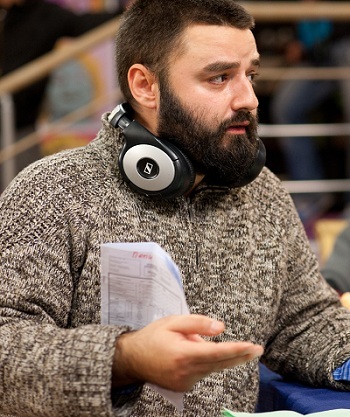 Graduated from an Art School, Plovdiv in 2000. After that he graduated in Film Directing from NATFA in Sofia. Together, Petar Valchanov and Kristina Grozeva have directed the documentary Parable of Life (2009), the TV movie Forced Landing (2010). Recently they wrote and directed
the short film Jump, which was nominated for the European Film Awards 2013 at Clermont-Ferrand ISFF 2013, making it the first Bulgarian short film ever nominated for EFA. The Lesson is their full-length debut film, having been selected at Toronto IFF and won Kutxa - New Directors Award at San Sebastián IFF, Special Jury Prize at Tokyo IFF, 1-2 Competition Award at Warsaw FF, The Ingmar Bergman International Debut Award at Göteborg FF, Special Jury & Best Screenplay at Thessaloniki IFF and many others... 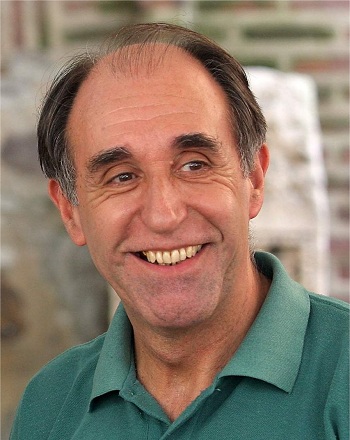 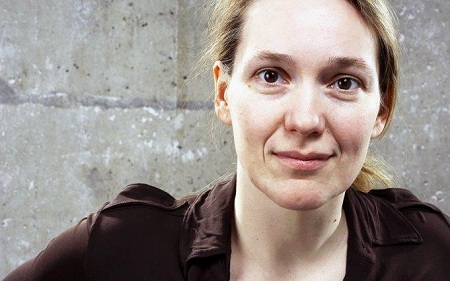 Isabelle Stever was born in 1963 in Munich. In 1984 she started to work on feature and television films and to exhibit her paintings in Berlin. Stever graduated from the TU Berlin in 1994 with a degree in mathematics. In the same year she began a course in film direction at the DFFB (German Film and Television Academy Berlin). In 2002 her final year film Portrait of a Married Couple was awarded with the First Steps prize for new directing talent as best feature film.Her debut film Gisela had its world premiere at the 2005 Locarno International Film Festival and won Austria’s Crossing Europe Award, among others. In 2010 followed the feature film Blesed Events, which had its world premiere at the Toronto International Film Festival. Isabelle Stever lives in Berlin. In addition to her work as a film director and screenwriter she also teaches film at the German Film and Television Academy Berlin and the Filmakademie Baden- Wuerttemberg. 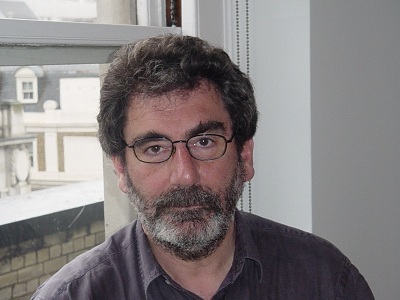 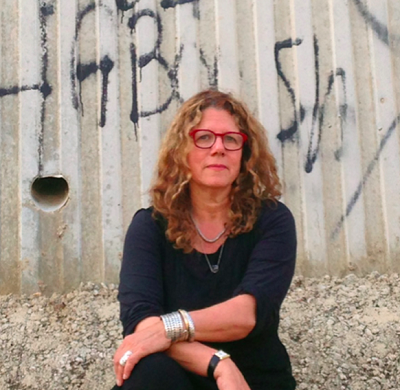 Trisha Ziff’s film credits include; Oaxacalifornia (US/UK – 1995), producer; Chevolution (2008) – a film which immerged from her curatorial work on the image of Che Guevara and book. In 2011 she directed, The Mexican Suitcase a Mexican, Spanish coproduction. Ziff is a producer and director of The Man Who Saw Too Much (2015). Trisha completed Pirate Copy; Pirate Stories, three shorts, a road trip through the world of film piracy in 2014, filmed in London, Palestine, Dubai and Mexico City. She is currently in development on her next project, Witkin & Witkin a dialogue on perception looking at the work of identical twins, photographer Joel Peter and his brother, Jerome; and Return to Oaxacalifornia, a film about one family’s migration to Fresno California from Oaxaca, shot over twentyfive years produced with Seamus McGarvey. Trisha teaches film and media studies and guest lectures at various universities in the U.S., Mexico and Europe. 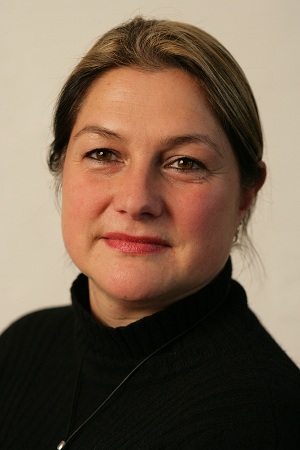 Simone Baumann is working in the film production for more as 20 years and has produced many documentaries
and feature films. Now she is the head of the documentary department of Saxonia Entertainment GmbH. From 1997-2010, she was managing director of the independent production company LE VISION. She is an experienced co-producer, and one of Europe’s leading experts on Russia, the former Eastern bloc, and their audiovisual markets. In addition to her production work, Simone has been working as the GERMAN FILMS Eastern Europe representative since 2005. She also supervised numerous feature film productions in the former Soviet Union as an executive producer and consultant. Simone Baumann is also a founding member of the Russian-German Film Academy and has been a board member of the German Documentary Producer’s association since 2003. 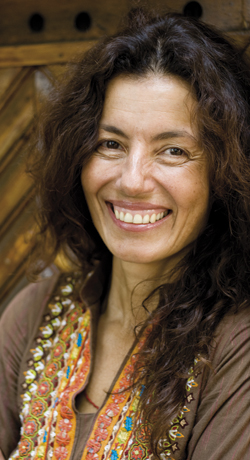 Milena Kaneva, born in Rousse, she graduated acting at the NATFA. She moved to Italy in 1987 and began a career as a journalist and producer with the news agency WTN, later APTN. She has shot reports in Eastern Europe, Africa, South America and Asia. As a freelance journalist and producer she covered some of the world’s hot spots. Her exclusive interview with Aung San Suu Kyi, the Nobel Prize laureate kept under house arrest by the military dictatorship, connected her to Burma forever. In 2000 she produced her first long form documentary, The Initiation about female genital mutilation in Mali and won first prize at the Festival di Due Mondi. The documentary Total Denial was written, produced and shot by her. It is a result of six years of hard work in the jungles of Burma and the US Courts. It won her the Vaclav Havel Human Rights award in 2006 and has been shown in festivals around the world.